one year before, when foreigner asked me where am I from? I told that I’m from a beautiful coastal city ---Zhuhai. Nobody known where is Zhuhai and never heard about this city. So I have to further explain that Zhuhai nears face to Marco like as Shenzhen face to HK. Today, More and more people know about Zhuhai city now because the Hong Kong-Zhuhai-Macao Bridge (HZMB). Yes I love here and I’m working here in the Zhuhai Edison Smart Home Co., Ltd. which manufacturing thermostatic products such as control valves and thermostats. Here people’s quality is same as this city, they are pretty peaceful and can be relaxing and enjoyable for their life, focus on their working. Actually still Inheriting the traditional Chinese wisdom, hardworking, brave, dedicated craftsman quality. So created the one more world miracle --- HZMB after the ancient Great Wall, Museum Palace… The Hong Kong-Zhuhai-Macao Bridge (HZMB) has open to the public on October 23, 2018 after nine years of construction. CGTN takes a look at the major highlights of building the world's longest sea-crossing bridge:

The construction project broke ground with Chinese engineers resolute to prove their innovation in the field of engineering.

The whole project comprises 22.9 kilometers of steel bridges, two artificial islands, and the world's longest submerged sea tunnel. The mammoth structure is meant to meet the demand of passenger and freight land transport between the Chinese mainland and its Hong Kong and Macao Special Administrative Regions (SARs), and to establish a new land transport link between the eastern and western banks of the Pearl (Zhujiang) River. 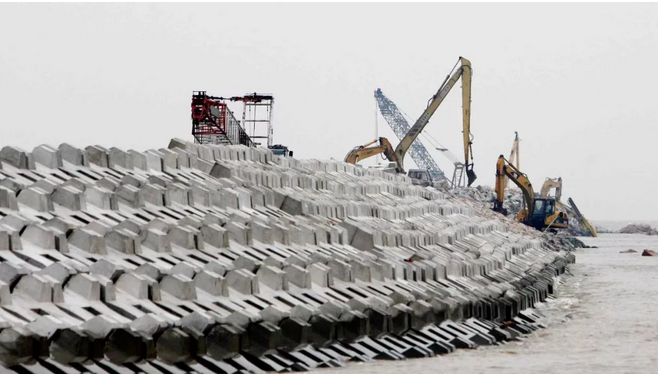 December 2010: The construction of the tunnel and the artificial islands begins. /VCG Photo

The HZMB is formed of box girders, amounting to 420,000 tonnes of steel – roughly the weight of 60 Eiffel Towers or 10 Beijing National Stadiums.
The girders, each measuring 132.6 meters in length, were assembled in Zhongshan, Guangzhou City, and later shipped 40 kilometers to the construction site.

Qingzhou Channel Bridge pylons of the HZMB were capped.
The steel pylon with a height of 160 meters and a weight of over 3,000 tonnes at 90 degrees above the sea is an unprecedented practice in the history of the world's bridge construction. 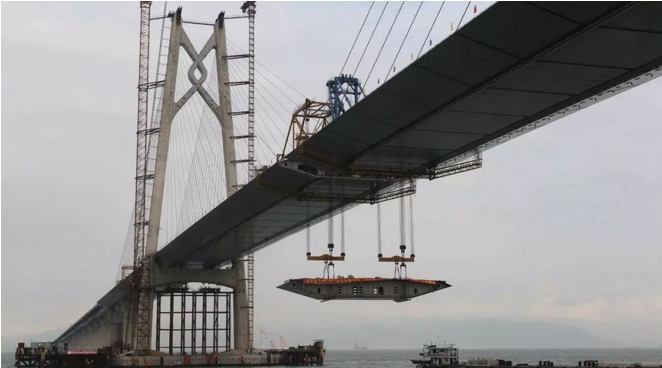 HZMB's Zhuhai connection line, which links the north Hengqin and Hongwan interchanges, was officially opened on January 28, 2016.
The Zhuhai connection line is an important part of the HZMB. It starts from an artificial island in the Zhuhai-Macao port and ends at Hongwan, spanning 13.43 kilometers.

Steel girders closed the last cap in the final arch and the structure was ready to be paved.
The bridge and tunnel system spanning the Pearl River estuary is an important waymark in the integration of Guangdong Province and the Hong Kong and Macao SARs. 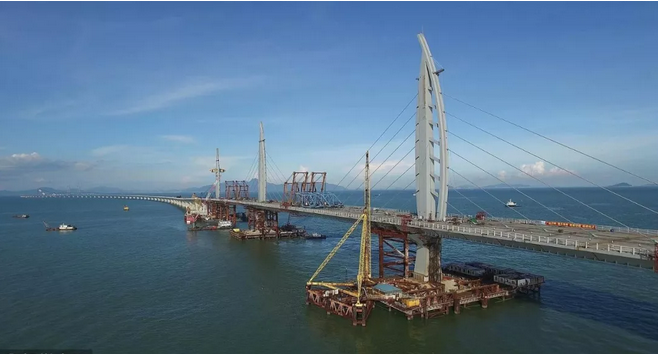 HZMB's Gongbei Tunnel is completed.
The 2,741-meter-long Gongbei Tunnel is 21 meters high with an excavation area of 336.8 square meters, bigger than any highway tunnel in the world, according to the China Railway Construction Corporation (CRCC). The main section of the HZMB is completed.
The HZMB will cut travel time between Hong Kong and Zhuhai from three hours to merely 30 minutes, further integrating the cities in the Pearl River Delta, and accelerating the economic and sustainable development of the three places.

The HZMB was illuminated on New Year's Eve to mark the completion of its main structure. 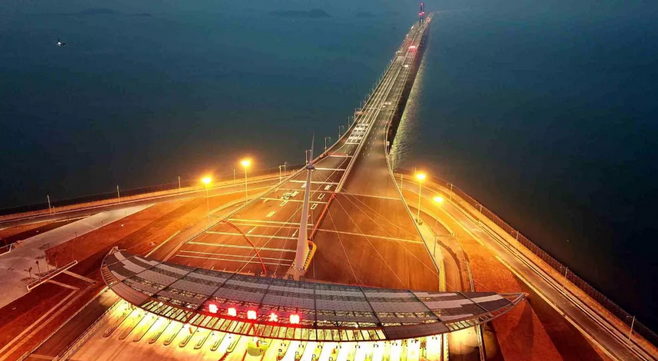 December 2017: A light-up ceremony for the HZMB Main Bridge.

The HZMB passed the quality inspection and was ready for traffic.
The inspection came after a ceremony at the end of 2017 to mark the completion of the main body's construction. 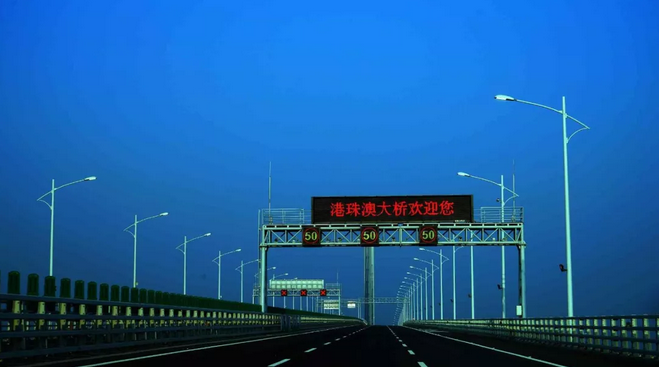 Cross-border buses operated by Hong Kong companies on September 28 started trial runs on the HZMB prior to the bridge's upcoming operation. 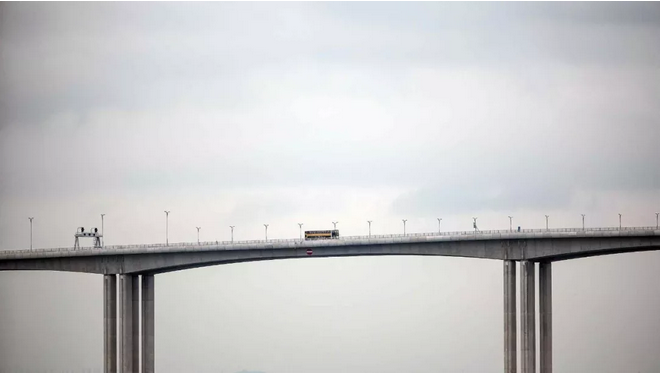 September 2018: A bus travels along the Hong Kong Link Road section of the HZMB offshore in Hong Kong. /VCG Photo